Additional information for VDS Racing team would be appreciated.

If you have more information that can fill in the different gaps, please contact me 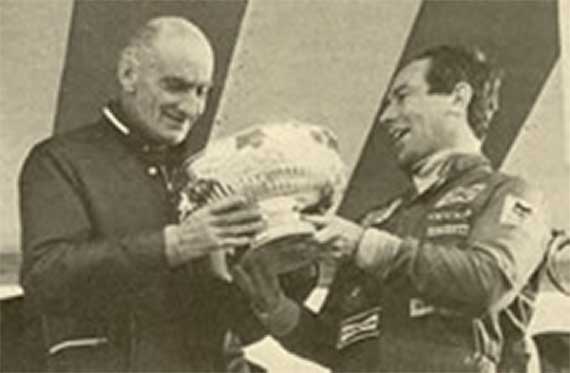 Actually, from 1965, during their first participation in the Francorchamps 24 Hours, the VDS Mini Coopers won the King’s Trophy..

In 1966, 2 Alfa Romeo GTA’s where bought by the VDS Team and given to Serge Trosch and Maurice Damseaux, while two of the remaining Mini Coopers continued to evolve with Paul Gonthier and Hugues de Fierland behind their wheel.

The two GTA’s were entered regularly in European Tourism Challenges and knew an unquestionable success.

In 1967, the GTA program was continued and knew its joy and tears with Serge Trosch winning the Belgian Tourism Drivers championship (the first official dedication for the team after many victories both in Belgium and abroad) but also with the tragic disappearance of Eric De Keyn during the Francorchamps 24 Hours.

Also the victim of an accident a few months earlier, during the Spa Trophy, the talented Maurice Damseaux had to yield his place to Teddy Pilette who became from then on a VDS team pilot and would continue his career in its middle for about then years.

Also in this year, Count VDS bought an Alfa Romeo TZ II with the idea to participate in the World Championship for Prototypes and GT’s. 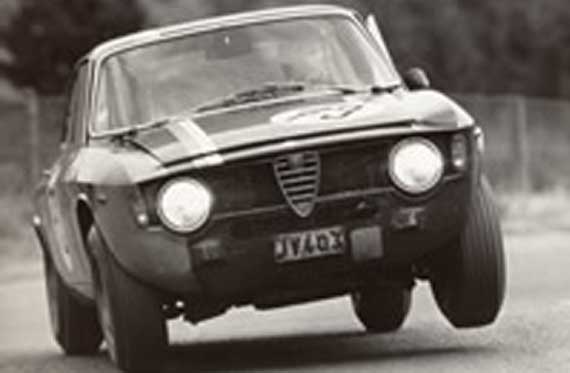 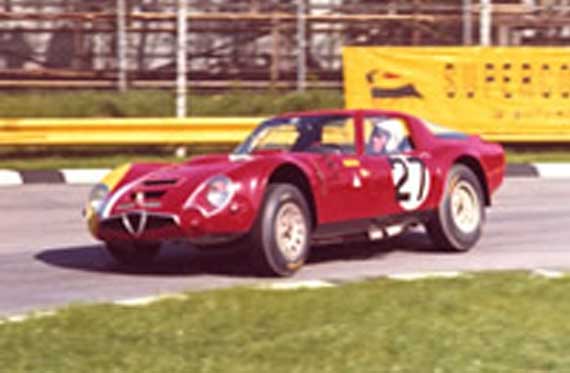 1968 puts the VDS team on a new level, that of the international competition for Sport-Prototypes. Two Alfa Romeo 33’s were entered and four well decided pilots composed Count van der Straten’s troops.
Serge Trosch had as co-driver Teddy Pilette while “Taf” Gosselin was shouldered by the Dutchman Rob Slotemaker.

It was a busy program because the team was participating in no less then 22 races of which all European races of the World Championship for Manufacturers.

1968 was also the year of the VDS team’s first participation in the Le Mans 24 Hours with its two cars.

Claude Bourgoignie joined Team VDS in 1969 and teamed-up with “Taf” Gosselin while Teddy Pilette had Rob Slotemaker as teammate.

The VDS Alfa 33’s participated in all the races of the World Championship for Manufacturers and at the end of 1969, after a lot of reliability problems, Count VDS ended the three year collaboration with Autodelta.

A Lola T70 MkIIIb, bought from John Woolfe was chosen to continue the adventure in the World Championship for Manufacturers.

The 1970 season passed without much happiness, in spite of some enviable places during the events of Wunstorf, Keimola, the 1000 km Spa as well as a victory at Montléry and the 500 km of Vilà Réal.

The VDS team was also present at the Le Mans 24 Hours in La Sarthe for the third time in a row.

The 1971 season started with a daring challenge : the VDS Racing Team attacks the Tasmanian Formula 5000 Championship with a McLaren M10B driven by Teddy Pilette.

This first adventure in the Antipodes ended with a superb 6th place in the overall championship classification.

The World Championship for Manufacturers program with the Lola T70 was also on its way and there also the good performances followed in spite of a new abandonment during the Le Mans 24 Hours.

Parallel to all that, the VDS team entered a McLaren M8C in the Interseries Championship, the European equivalent of CanAm. The car, destroyed during the Kent 300 in Zolder, was replaced by an M8E.

A replica of the Lola T70 appears in the movie “Le Mans” with Steve McQueen. 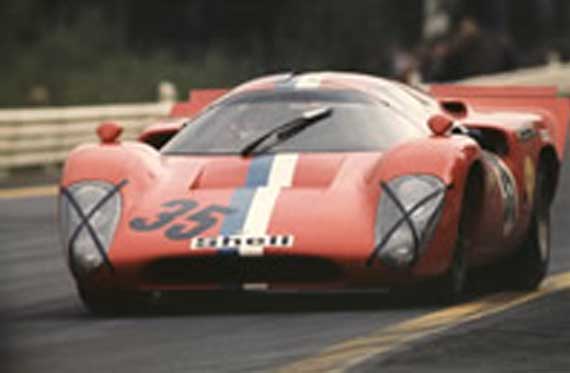 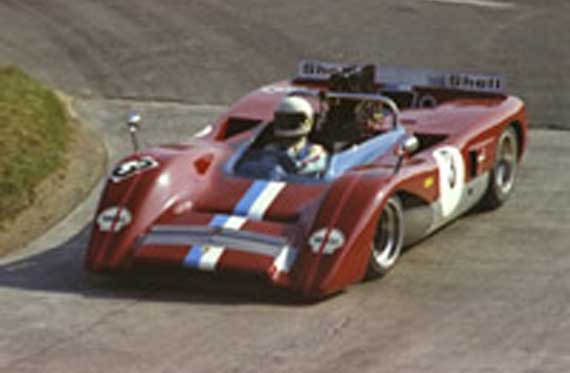 In 1972, VDS returns to Tasmania and finishes each of the eight events before finishing the first three European events in a second place.

In the middle of the season the team receives a brand new McLaren M22 which shows dissapointing.

In Interseries it’s a monstrous M8F with over 1000hp that Teddy Pilette needs to tame.

In 1973, the M8F disputes a few rare events before being resold.
For this new season, Count VDS bought two Chevron B24 chassis and concentrated on the European Formula 5000 Championship.

1974: Gethin wins the Tasmanian F5000 Championship while Pilette finishes third. The Team VDS Chevron B24’s are replaced with B28’s for the European season and Pilette finshes third in the championship.

For 1975, the Chevron’s are replaced by two brand new and very powerful Lola T400 with Chevrolet engine.
The end of the year brings a new dedication for the VDS Racing Team with Teddy Pilette winning the European Formula 5000 Championship for the second time and is crowned Belgian Driver Champion.
Peter Gethin, in the second team car finishes second.

1976 sees the departure of the team to the United States where a Lola T430 for Pilette and a Chevron B37 for Gethin participate in the Formula 5000 championship. Both cars also take part in the Tasmanian championship.

The Australian Warwick Brown joins the team at the start of the season while Teddy Pilette returns to Europe.

The United States’ F5000 championship disappears in 1977 and, logically, it’s towards the Tasmanian championship that the Belgian team turns to with her Formula 5000’s. The championship was won convincingly by Warwick Brown in the VDS Lola T430.

In the United States, VDS was only present in the CanAm championship with a Lola T333 CS.

As for Peter Gethin, at the end of the 1977 season he retires definitely being classified second in the CanAm championship.

In 1978, TEAM VDS is crowned Tasmanian F5000 champion again whereas in the United States, in CanAm, Geoff Lees replaces Brown as of the last race of the season on the Lola T333 CS. VDS finishes once again second in the championship.

For 1979, after having hesitated between Chevron and Lola for CanAm, Count VDS decides to turn to Broadley and buys two Lola T530s. Lees is released from its obligations and VDS engages the Australian Geoffrey Brabham, son of Jack. 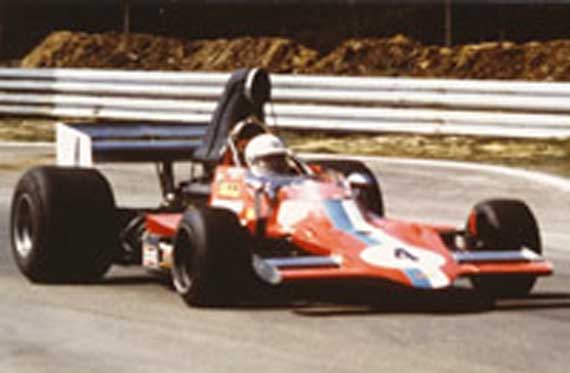 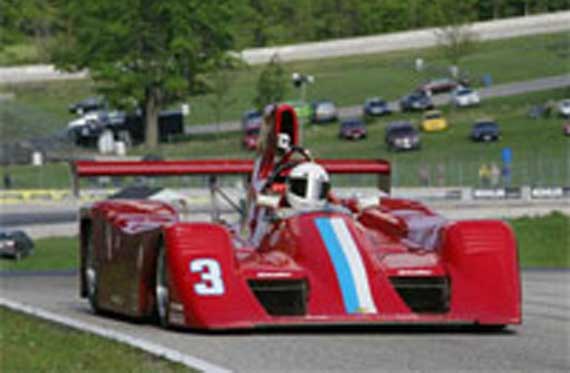 In 1979 and 1980 VDS gained the third step on the final podium of the CanAm championship.

During the year 1980, Team VDS decided to build its own car (frame, body and engine). Project “VDS 001” began as of the last race of the season but the car was only first aligned in the middle of the 1981 season and won its first race! The VDS 001 and Geoff Brabham won the 1981 CanAm championship.

In 1982 Patrick Tambay (1980 CanAm champion) signed at VDS but was released from his obligations after his first race to join the Ferrari Formula One stable. Al Holbert replaces him for the rest of the season on the VDS 001.

At the end of 1982, the car was sold and Michael Roe won the 1984 CanAm championship at her wheel.

In 1983, Team VDS turned to the rising discipline in the United States: CART championship. With this intention, the team took possession of two Penske with Cosworth engine. Geoff Brabham finished fourth during the Indianapolis 500 whereas John Paul Jr. finished 3rd in Riverside, second in Las Vegas and won the Michigan 500.

For 1984, VDS built a new VDS-Penske car which took part without success in four events of the CART championship. The engine department of VDS, VDS Racing Engines Inc. was taken over by Karl Weiss.

In 1991, VDS reappeared in CART under the Hall/VDS Racing flag with John Andretti who finished the Indianapolis 500 in 5th place and was classified eighth in the championship in a Lola with Chevrolet engine.

1992 saw the arrival of the Belgian Didier Theys who unfortunately wasn’t able to qualify himself for the mythical Indianapolis 500. Andretti as for him classified 8th and the end result in the championship was identical to the year before: eighth. Passing away of Count van der Straten at the age of 79.

In 1993, it was Téo Fabi who defended the colors of Hall/VDS Racing and was classified 9th in the CART championship as always in a Lola with Chevrolet engine.